The flaming mountain is the second chapter of the west tour defense game, although this chapter is not particularly difficult, but still have to be careful, especially want to complete the additional small task, but also want to light the stars players, you have to take a good look at the strategy.2-11 is a special two-path approach to the monster's level, and we need to block the monster's progress at the same time. 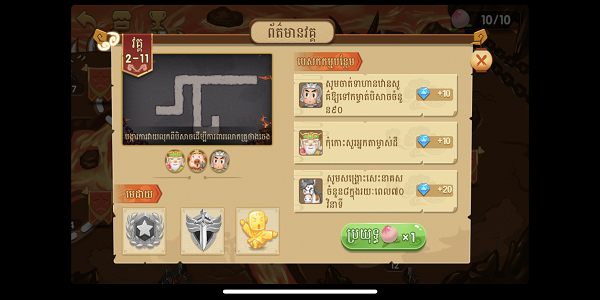 Let's start with some additional tasks:

2, do not build public land;

3. Save the white dragon horses within a limited time.

So we had to build the heavenly soldier first.From this position, two roads can be blocked and the monster cannot pass.

Second, in case the attack is not enough, also build a heavenly soldier in this position. 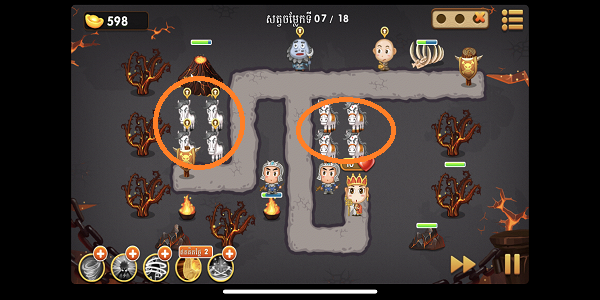 Finally you need to remember the location of the white dragon horses, you can complete the additional small task. 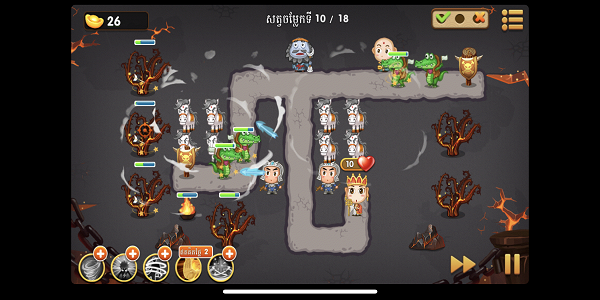