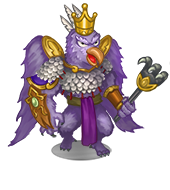 Lion camel cave three demons is only a golden wing eagle, name yuncheng wanlipeng, the hand to draw rod day halperd, and Yin and Yang two gas cylinders, scheming cunning.heIf the bottle of Yin and Yang put people into it, it will turn into pus for three minutes.Three demons catch sun wukong into the bottle of Yin and Yang, who knows sun wukong has bodhisattva to give three lifesaving hair, become diamond, discharge the gas of Yin and Yang.Sun wukong cast his magic spell, escaped from the devil's grasp, and after several dogfights, wukong's two fists are difficult to fight four hands, so a somersault cloud came to the west Buddha, please the Buddha to control the three demons.The tathagata gently moved the Buddha's finger, then let the three demons to save the tendon, can not fly far, was forced to convert to the Buddha dharma.